After we finished our morning coffee, I asked Bogey, “Do you know what I want to do today?” It could have been anything, but he immediately said, “You want me to paddle you.”  He read my mind, which is kind of scary, but he was correct. I got up, took a shower, and put on a pair of spanking panties.  He told me to pick the paddle/s that I wanted.  My first choice was the “holey” paddle that he made, second choice – well I just couldn’t decide between the “teacher’s” paddle or the “red” paddle, so I took both of them out.  I told him that I would decide which one a little later.  Big smile on Bogey’s face! 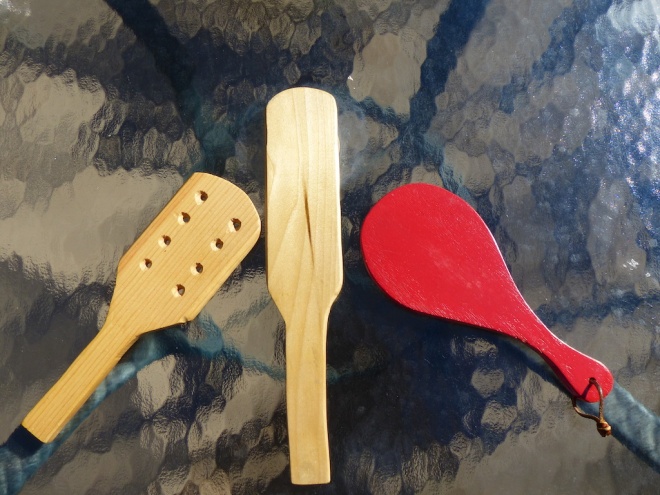 So the paddling starts and it felt so good – what was he using?  It was his hand then his belt, then back to his hand. Being the kind sensitive person that I am, I told him he should not over-exert himself.  He assured me that would not happen and believe me when I say that it did not happen.  Big smile on my face.  Then he moved on to the “holey’ paddle which was delicious.

He kept taking my panties down to measure the desired “pinkness” factor.  He moved on to the “teacher’s paddle”.  I really started feeling it then and the color went from light pink to medium pink.  After many paddle pops, it was on to the “red paddle” with panties down.  Wow, I really did feel those pops and the color then changed to light red.

7 thoughts on “After Coffee”