About 10 days ago I posted

The Peculiar Art of Mr. Frahm

About pinup art from a bygone era where women’s panties fall down.
I saw this today.

Have a good one

Everything you read or see is filtered through your life experiences and desires. If you are orientated to a female lead relationship, then many of Elise Sutton’s writings are worth contemplating

Starting out light is not unique to spanking a man, it is desired by a lot of men and women.  I am not at all orientated to FLR. We are jointly led if you need a label. I don’t want a paddling to start out light so I can take more. I want a hot burn, but not so many licks. I have tried the other way. It was boring for me.

We are all so different.

This a very intimate conversation. Unlike first time sex, the first spanking by a new partner is normally preceded by a fairly detailed explanation of what is desired. I always had this conversation with women I was going to spank before we got down to business. I expected that one or more details would not be mentioned and I always tried to deduce what it was and surprise them with it.

I have had far fewer conservations with women who were going to spank me. But, every time I have had one it was quite intimate and very exciting to me. If it was a face-to-face conversation she could tell it was exciting for me.

I think these talks are one of the few times men and women let their guard down and express what they really feel. Perhaps, because we have carried these desires around in our heads all our lives and we were finally fortunate to have someone who understands and will not judge us.

I am pretty damn sure this could be offensive to some women…but what the hell. You have to have some sense of humor.

Today, I would like to take you back in time. A time when nudity was not prevalent. Here’s to The Peculiar Art of Mr. Frahm Be sure to follow to the next page(s).

We don’t have much for you today. Out of ideas. I could post pictures of spankable bottoms. Nah, not today. We will get home in a week or so after traveling the last six months. It’s been a wonderful trip, but we are ready to get home.

Spankings continue with us. A week or so back, Bacall though I should put on my Army green mesh underwear. They are THIN. She said she wanted me to Ranger Up and take it. Geesh, did she paddle me hard. She says sometimes she just wants to see me struggle to take it. I do the same to her. Sometimes we both want to hear and feel the paddle as it makes that sweet cracking sound on bare flesh. So I tell her the next six are for me and she will just have to take it. Of course, having to take it works a miracle in her mind. That’s as submissive as we get, but it’s enough.

Bacall bought some panties the other day. When she put them on I said they were virgin and needed to be paddled. She got her paddle and bent over. I gave her eight stingers. She kept saying for the next hour or so that she could still feel them. It did not stop there. She thought I should put on the panties and see how the paddle felt to me. She gave me eight stingers and then two more on the bare. My question is why does it sting longer when you only get a few licks?

OK, here is a gif to amuse the guys. A magic skirt.

Michal Kosinski – the Stanford University professor who went viral last week for research suggesting that artificial intelligence (AI) can detect whether people are gay or straight based on photos – said sexual orientation was just one of many characteristics that algorithms would be able to predict through facial recognition.
Using photos, AI will be able to identify people’s political views, whether they have high IQs, whether they are predisposed to criminal behavior, whether they have specific personality traits and many other private, personal details that could carry huge social consequences, he said.
Trying to look for the positive, you could wear Google Glass and look for someone that enjoys spanking. 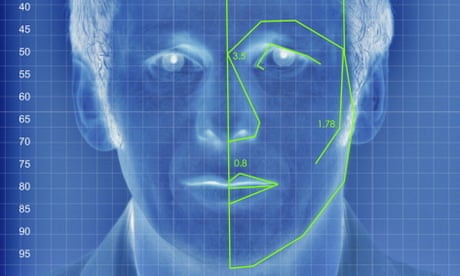 I’m (male) a switch and spank only for the sexy fun of it. No punishment spankings, corner time, etc. for either of us. It’s always sexual.  The only time I ever ‘punished’ her was over a small argument (too petty to mention) that a day later – I WON!! Whoo-Hoo!!! I won. She ADMITTED IT! THAT was the victory and all I was entitled to – bragging rights!
A.J.

Thanks for sharing that A.J. In desperate need of ideas to post, I will recount a like story from long ago. I was not happy with just bragging rights.

Bacall has almost no sense of direction. Ask her to point to North and she will wave her arm about and say out there. She can not read a map. I have to do that myself.

So with that background, we found ourselves at an intersection in a rural area that was strange to us. I was driving and was pondering which way to turn. She asserted we should turn left. I had calculated that was the low probability direction. She was adamant. I turned left. Within a mile, we both knew she was wrong.

She was a big girl about it and said she deserved 10 licks with the black paddle. That’s one she really does not like. But, she got her mind into it and took all ten like a trooper.

Referring again to How Men Like To Be Spanked I was quite disappointed in the number of comments. I had never seen “stats” on the subject before. I thought it was interesting. Or maybe I am the last to understand?

Perhaps the latter, Bonnie had this graphic years ago. I should have paid more attention to it.

My tally of the survey responses showed that about 1/3 of men are 3’s. This was a big surprise to me. It sure explains why punishment stories are so popular.

Bacall and I are solid 4’s.