From an article in the Independent, a UK publication.

I need to get out more 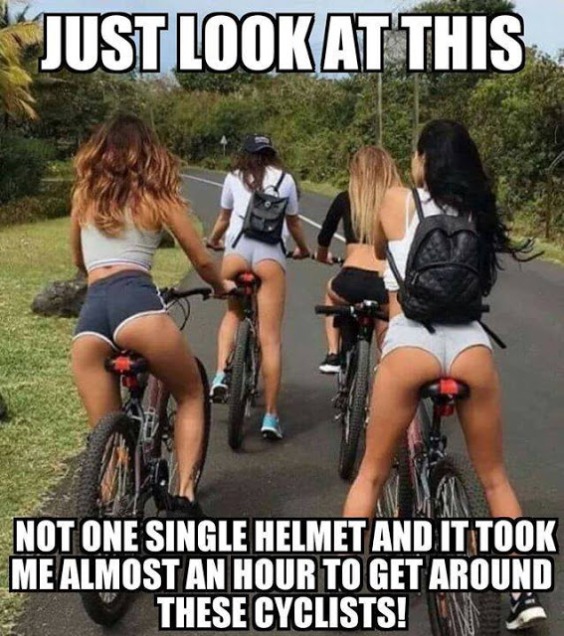 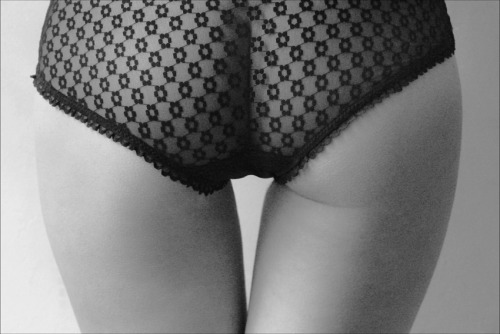 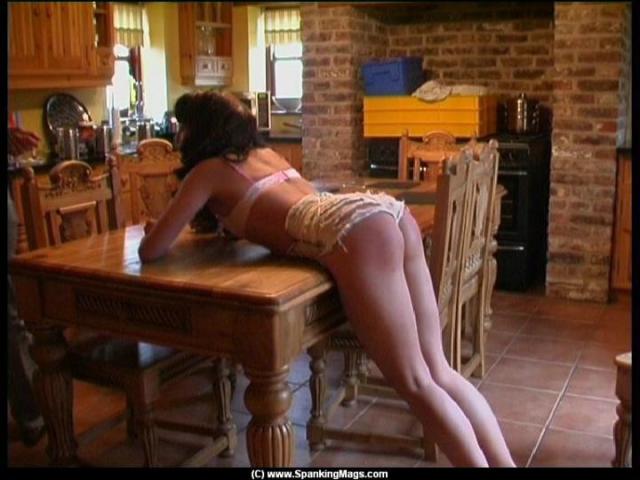 Did the spanking tear up her shorts?

You were naughty
You look like you are going to be naughty
I think you might have been naughty
Someone, somewhere has been naughty

I want to
You asked me to

Many want Trump impeached. For what? Making them foam at the mouth? Others want him killed. Odd, I don’t recall calls for the assassination of Obama.

It was the librarians-in-pussy-hats that made the women’s march after Trump’s inauguration so adorable.

Setting aside the govern from the street corner crowd, Conservatives sometimes seem more bothered by Trump’s raw uncouthness in service to a conservative agenda than they were by Obama’s sautéed orneriness in advancing progressive hope and change. Years of the Cairo Speech, the apology tours, the Iran deal, the Iraq pullout, Obamacare, record debt and low growth — editorialized by chronic attacks on Fox News, along with “you didn’t build that,” “punish our enemies,” and “I won” putdowns from Obama — never prompted calls for the 25th Amendment like those in some anti-Trump groups.


I think many of the left are well-meaning, but let emotion erode logic. Perhaps they should strive for clarity of thought in lieu of unfocused passion.


The Rule Of Law and Immigration
Federal law states that the president can by proclamation “suspend the entry of all aliens or any class of aliens as immigrants or nonimmigrants, or impose on the entry of aliens any restrictions he may deem to be appropriate.” Yet federal judges have ruled, twice, that President Trump cannot do what the law allows.

Some 500 “sanctuary” cities and counties have decided for political reasons that federal immigration law does not fully apply within their jurisdictions. They have done so with impunity, believing that illegal immigration is a winning political issue given changing demography. In a way, they have already legally seceded from the union/

The law states that foreign nationals cannot enter and permanently reside in the United States without going through a checkpoint and in most cases obtaining a legal visa or green card. But immigration law has been all but ignored. Or it was redefined as not committing additional crimes while otherwise violating immigration law. Then the law was effectively watered down further to allow entering and residing illegally if not committing “serious” crimes. Now, the adjective “serious” is being redefined as something that does not lead to too many deportations.


The logical end is no immigration law at all — and open borders.

Another Effect of Illegal Immigration Another incident of radical Islam in the UK this week. This will continue. It’s becoming more commonplace every year. Western countries opened their doors years ago to Muslims. Now we can see the results of allowing in those who seek to destroy us.

Several images have accumulated that have no commonality. So it’s time for a potpourri post.

Only recently I leaned that women wearing belts turn on some men.

Spanking with a foam slipper? Why bother? 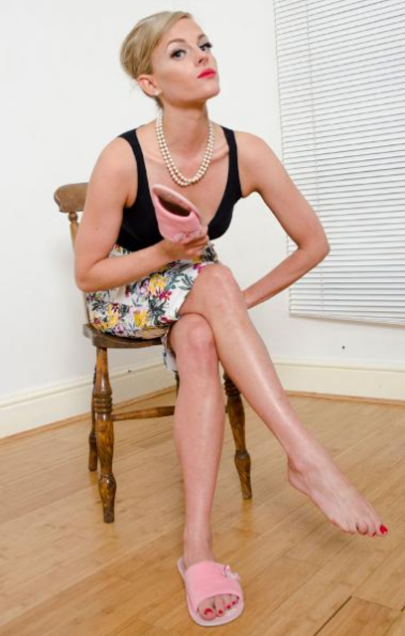 Here is what I think is a photo-shopped picture. I might have paid more attention in school if the teacher’s had opened their blouses.

And, Mom, I am sure your son appreciates you paddling him for having F/m pictures. Yeah, that sure would be punishment.
Looks like I missed out growing up in a rural area. This sort of door-to-door sales would have been welcome.

Why post this picture of Laura Ramsey from Mad Men? Just liked it. 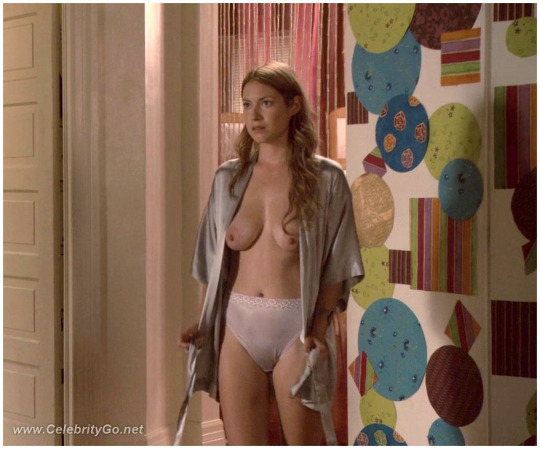 Did this happen in your home?

We have all seen pictures like this. The internet is rife with them.

Here it seems her punishment is to give Dad a BJ

The way Wolfe sees it

We don’t know everything.
Our views may not reflect yours.

I had a friend who told me more than once that he did not mind that younger people did not know something, but what really got him riled is that they did not care. We were both 30-something at the time. It was the generation just younger than we were that bothered him. Mike had one the best minds, I want to say of our generation, realizing that phrase will be lost on most readers. I suppose Mike leaned left. Neither of us talked much about politics, except to curse Nixon. Rambling, Mike you were ahead of your time. The last two generations don’t give a damn about history. They learned all they needed to know from Jon Stewart. And that is why there is such a great divide today. Some think they know it all. The rest of can only shake our heads their dismal knowledge of the world. They can be no communication as there is no common knowledge.

Random thoughts from the last week.

On Education
Frederick Douglass, speaking in 1894 in Manassas, Va., said, “To deny education to any people is one of the greatest crimes against human nature.”

The professional Democratic Party and their ally the teacher’s unions have denied education for decades, especially to urban blacks. Many urban school systems are slowly dying and membership in unions is declining.

I am hopeful that the new Secretary of Education will do everything possible to advance education. We are hopeful that with Republicans in the majority on the NLRB they will put charter schools beyond the union’s reach. Teacher’s unions have been the great preventer of education for decades. Pols love them, they grant pension benefits and get votes in return.

Hollywood Speaks
I read this morning that the now pundit Meryl Streep terms those in favor of the rule of law as Brownshirts. Guess I need to do some shopping for a new shirt, because I sure as hell believe in the rule of law.

Trump
There was no one running that we fancied. Not a one. The rule of law is one the most important issues to us. Without it, we devolve into chaos. Doubt it? Look out your window. The rule of law is important to Trump, so we like that about him. We are the opposite pole from him on trade.

One month in, what impression are people getting of the Trump administration? Early dynamism followed by mess. Good executive orders followed by bad, the choice of Neil Gorsuch for the high court followed by the departure of Michael Flynn from the National Security Council.

Obama piled up $20 trillion in collective debt, nearly destroyed the health care system, set the Middle East afire, turned the campus into Animal Farm, transformed Hollywood into 1984-style widescreen indoctrination, wrote thousands of regulations to stifle business and nearly shut down drilling. Trump has a lot of heavy lifting ahead to discard just some of the mess.

HOLMAN W. JENKINS, JR….The saddest part, though, is how quickly Democrats, following their loudest, ninniest voters, have decided to turn Mr. Trump into the Antichrist. One example: In 17 years of Howard Stern interviews, Mr. Trump appears never to have uttered a sentiment unfriendly to gays. He is a lifelong New Yorker. He was a regular at Studio 54. His mentor was a powerful gay attorney. In his convention speech, Mr. Trump offered himself as the defender of “LGBTQ citizens.” Yet many gay activists now join a parade of those pronouncing themselves oppressed by a Trump presidency. Why? Pure cognitive dissonance: Democrats have been busy twisting his admittedly rococo image beyond reason to fit their partisan needs.

The Stock Market All of the indexes are up. After taking our required minimum distribution, we are up 14% for the year. Finally payoff for our energy investments.

At least one good thing has come from the universal use of cell phones.
Bless you, keep them coming. We love them.

Nor do blondes in blue bikini’s

I was gratified to see Ronnie post about ruined male orgasms as a means to prolong sex. Most of what I have seen on the subject is by male submissive’s desirous of being denied orgasm.

I leave you with a little humor. 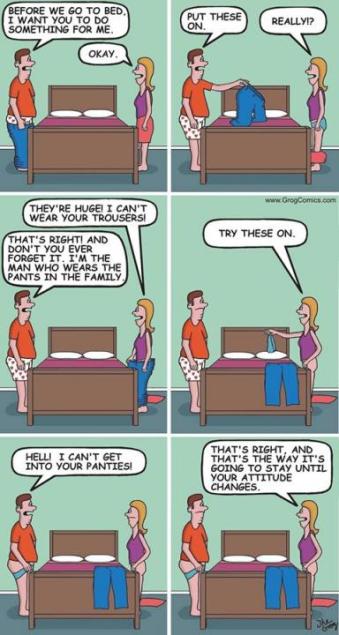 The gal has a talent – Great exercise